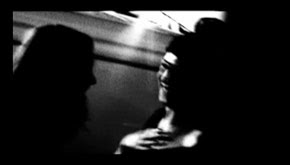 This is a piece of Fiction i stumbled upon from about six years ago about the time i spent in Ocean City and yes it might be based on an actual event but i'm sticking with the story that it's fiction either way. Hope you enjoy.

My skin was sticky with sweat and salt and her. These afternoon sessions were killing us. My member so red and raw it looked chewed on. Then again it was getting chewed on, chewed up in her. She was no better as she stood and examined her bright, red clit. "We've really got to take a break Leon, I can barely walk." If those words didn't make a man smile I don't know what would. Someone find my caveman club, me bad motherfucker with wonder cock. Like I said I wasn't exactly feeling tip-top but in the back of my mind i played the pleasure/pain game. Any good addiction became painful over time but as long as it was still enjoyable I challenge you to find one person who would stop. That's right, no one in their right mind would, hence the junkies, alkys, smokers and golfers of the world.

Afternoons were the oasis in the desert of our day. The last time we could both lie about before one or both of us ran to work with our sore genitalia reminding us that tonight was the night we would just drink and sleep. Late afternoon on the eastern shore and the hum of surf and the songs of seagulls. The soft breeze blowing the sheet that served as a curtain in this one room flophouse. All my possessions locked in a trunk and nothing but an honor code among the criminals and drifters who inhabited this tiny sliver of land.

We migrant retail workers of the world would congregate at these tourists traps for the season, for a chance to be close the ocean, for a chance to listen to her beat against the shore. An ocean we might never get in all summer through the 80 hour work weeks and late night parties. And sometimes we wouldn't just be random bodies waking up next to each other and trying to remember names, faces, fumbling with awkward words and trying to remember when we worked.

Mary slid into her navy blue flowered skirt and white t-shirt. Her skin shining with sweat and me naked still semi-hard lying with the sheet pulled over my mid section and feeling the pool of sweat underneath my back. I watched her languid movements as she opened the top dresser drawer and pulled out a rolling paper. If she hadn't been so pale, if her hair hadn't been auburn and small freckles appear on her nose every time she went in the sun I'd swear she was from Jamaica. She rolled the joint that fast. She pulled her Yankees cap low over her eyes and lit the joint.

"Fuck it, quit and get a new job tomorrow."

She sat on the edge of the bed and passed me the joint. I'd say we were in love or something like it. It may have just been lust or the fact that I'd never met a girl who rolled such good joints and she never met a guy who made a stellar Kraft macaroni and cheese substituting beer for milk.

She inhaled deeply and hit the play button on the CD player. J Mascis sang the words we both loved and pretended not to here. She was a student and I was not. I was a 23 year old child who lacked direction. I had long hair and thrift store shirts and not one decent pair of shoes. But please do not refer to me as a hippie. I didn't spend my time hustling acid or trying to bum peanut butter sandwiches. My job was not threading kid's hair with string and I was rather lousy at hacky-sac.

I took the joint from her and watched the smoke I exhaled waft towards a poster of Perry Farrell, dressed much the same as I am now. There were words in my head they just seemed to be stuck. I wasn't numb or frozen but I knew when she left that it would hurt. That the only meaningful human contact I'd had for the last few months would disappear from my universe. That the phone calls would start out okay but soon become tedious to both of us.

I leaned forward and slid my hand underneath her skirt and around her ass. I pulled her towards the bed. I could barely see her eyes squinting at me underneath the Yankees cap. I hated the Yankees. She was getting angry. I slid my hand between her thighs and felt the warmth.

"There are other jobs you know." I smiled at her. "They have to pay you , you know it's against the law if they don't."

She eased herself down on the bed. Her skirt sliding off as she did. Addiction is a terrible thing. So is work. She locked her arms around me and kissed me. We both started to sweat and the music and the gulls and the ocean all played. In three weeks it was a crapshoot, a game of roulette, a long shot and we knew the odds favored the house. We were rubbed raw. It was just afternoons were like the perfect song at the perfect moment and we just wished they'd last. Pain was inevitable so we opted for pleasure and the company of each other. She'd get fired and we'd both wince when we walked. Addiction is a terrible thing.

i've been that kinda sore. and not all that long ago (weeks? months?). it's sheer crack... and the reason i'll never marry again.

Daisy - you're a naughty girl Missy Daisy, that piece is a bit rough around the edges but i liked it and am lazy so i posted it.

i hate the yankees too. kismet