The Wilderness Year's - Robert and the Mittens 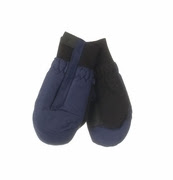 your stories from the wilderness years should be required reading for every suburbanite, every wealthy family, and every elected official...

And every bowel movement!

It's a lovely, sad story.
I almost thought I knew you and hung out with you from your description of the apartment and roommate, but no - I am not in Philly. :)

Daisy- thanks, for a kid raised in a lower middle class suburb i think i read to many madmen which made me gravitate to the lower end of the spectrum and i don't regret it one bit, taught me it's now all wine and roses...

CBK- if that means my "shit's" good enough to read in the bathroom, gracias.

Sybil Law- thanks and thanks for stopping by the lounge, this was in Pittsburgh not Philly, so if you lived in Pittsburgh you may have attended what was dubbed the White Trash Pleasuredome parties.

JMH posted a link here. I commented there that I once saw an asshat: a hat resting on the ass of a mannequin. I was pleased to be honored with such a view, and cannot fathom an asshat lounge. Paradise? Yes.

there were a lot of paragraphs in this and i liked them all.

You're on a roll lately kono. Is it double fatherhood that's responsible for giving us this marvellous retrospective?

jorg - thanks for stopping in the lounge, asshats are everywhere i believe, it's more a state of mind, i think it has something to do with brains being located in a certain area other than the head, i've obviously been one at certain times in my life, hell some of these posts prove that.

Peau - thank you too, checked out your site and was intrigued by what i read, it doesn't suck to get compliments on the writing from hot women.

Nurse- I'm not sure Nursie, strange thing is i let the ideas simmer in my head and then rip it off in one sitting, maybe two, no revisions, basically it's practice for my other stuff or rough sketches that i might use later in some way, fatherhood has done me wonders in far as keeping my alive, i'll openly admit that at times in my life i may have been trying to subconsciouly kill myself or maybe i was just incredibly fucking stupid, i've run the streets long enough to know not much changes but the faces and the fashion and even that repeats itself, chalk it up to some serenity and focus and joy and just not giving a fuck, plus i've always had a knack for attracting interesting characters which keeps my life quite colorful. ;)

It seems The Beatles were wrong when they said 'All You Need is Glove'.

Seriously, these are some of the best posts I've ever read on the internet. Best.