I'd like to thank you all for nothing (dear insurance co.) 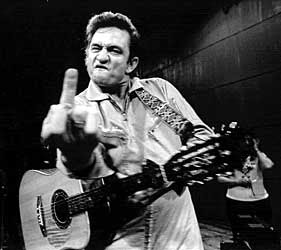 They are worth billions, they show us warm, fuzzy commercials about how much they care about our well being, these are captains of industry even though many claim non-profit status and pile up billions in cash reserves and they crunch numbers and decide with little equations how much each human life is worth, fucking ridiculous, there's an election coming up and people are worried about little brown men and explosions and what they should be worried about is the common fucking cold cuz left untreated it can become a serious illness and then your life is in the hands of these maggots, these fucking inhuman beasts in three piece suits with expensive cars and lavish estates and more stock options than you can shake a stick at, these diddling twats will never have to worry about health insurance cuz they run it and i'm sure built into their golden parachutes they have unlimited coverage for life for themselves and their families but the rest of us can line their pockets with premiums and co-pays and as long as we stay healthy we're their favorite numbers in the world but get sick and in a nutshell you can go fuck yourself... see it's not about the quality of life it's about how much you might potentially cost the leeches, there's a reason why the no. 1 reason for bankruptcy in this country is caused by personal medical expenses, the maggots will drop you for being ten seconds late on a payment but only if you're ill and draining money out of the coffers... it baffles me how they play God with people, i'd like each of these fuckheads to come down and look into the eyes of those dying of cancer, to look into the eyes of the family, to look at the face of desperation, of unconditional love of people fighting to live but who can't get or afford medicine because said HMO, PPO, conglomerate money making machine won't approve it cuz it's to expensive, said life is to much for them to pay for even if you've been paying them for years, tell the people lying there and their families that this life isn't worth X dollar amount for one more month, week, day... please Mr. Bigshot come down from your throne and speak face to face with us working class stiffs who fight for every last breath, but i gotta sneaky suspicion you'd prefer to look at numbers and statistics and profit margins, it's a lot easier that way for spineless fucking humps to ignore what they are really doing, really the guy who turned on the gas in the chambers was just doing his job right? they say we have the greatest health care system in the world and they may be right, as long as you have the money... so fuck you Mr. CEO and fuck the minions that sit in big offices and make decisions about people's lives, you're a bunch of spineless cunts who aren't worth the air you breathe, how you look yourself in the eye and not feel shame is a mystery to me... and Johnny here would like to re-iterate my sentiments if maybe this was just a bit too fuzzy.
Dreamt by Kono at 5:19 PM

And, now, unfortunately, I am working for the fucking man. Sorry. I wish I had a choice.