We live in Rented Rooms 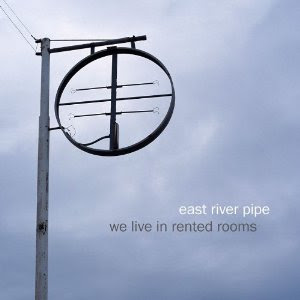 I love the down and out and i fucking love redemption. i love the losers who prove the world wrong even if the fucking world doesn't know about it cuz i am is was a fucking loser, i love the drug addicts and the derelicts, i love them cuz i am one of their tribe, in fact i might be fucking chief, you see i've been a criminal, an alcoholic, a coke fiend, i've racked up rock star lines and followed them up with bumps of good smack and wandered around my apt. until the sun came up, i've thrown up at noon cuz i started drinking at 6am, i've been in bar fights and had guns waved at me, i've had knives pulled on me and laughed about it, i've had an old hippie squirt liquid lsd in my mouth and rode back over the Bloomfield Bridge at dusk with the headlights making me think i was going light speed, i've been fucking homeless and lived in rooming houses, i've hung out with junkies and hookers and drag queens, i've done drugs with junkies and hookers and drag queens, i've cooked crack in my room and smoked it by myself and looked in the mirror with a straight face and said "i don't have a problem", i almost walked into a bus one fine sunday night coming home from a x-mas party hammered, i once drank so much grain alcohol one fine Thanksgiving eve that i'm pretty sure i left most of my liver in a toilet, i've been so fucking drunk i've drank from the toilet cuz i was to fucked up to stand, to blitzed to find the sink right behind me and if i had the time or the patience i could add to this list, what amazes me most is the fact i'm still breathing, the fact i'm still alive when many more kind, good and noble people have died, so what is this about you ask? fucking music of course.
You see this was a good week for me, The Twilight Singers, Drive By-Truckers and this man named F.M. Cornog all released an album, F.M. goes by the name East River Pipe and he's an ex-drug addict who went on historical benders, then one day he met a woman who helped him slowly kick all his bad habits cuz he had more than a few, she bought him a shitty 4-track recorder and F.M. set about making songs, beautiful lo-fi songs of the dispossessed, of the down and out, about junkies and drunks and hookers and fuck-ups, and then he got a record deal from the good people at Merge who said whenever you get some songs let us know and we'll put them out. He doesn't tour, doesn't want to be a rock star, has had songs covered by Lambchop and David Byrne and others, has an 8 year old daughter and works in the flooring dept. at a New Jersey Home Depot, in short he's everything i admire in an artist, doing to do it and not really worrying about the money and fame, the fucking anti-Gaga with more talent in is toe nails than Stephanie Germanotta has in her whole ridiculous body, you won't see him on 60 Minutes but if you need a floor and happen to live in Jersey you just might run into him, i highly suggest this new album, it ain't exactly uplifting but it ain't exactly bleak either, just some good stories told by some guy in his bedroom as a way to keep off the streets and raise his kid. In my weaker moments i like to think maybe F.M and i have something in common, usually while i drive around and gaze at the neon, then i snap back to reality and realize that i'm still fucked. Anyway the man's made a good record.
Dreamt by Kono at 6:10 PM

we happen to know someone in jersey. i say we send in 'the unbearable banished' guy to buy some flooring and deliver a printed copy of this post...

Where in New Jersey? It's a big state.

Where do you find these people? Does new music fall out of the sky? My subscriptions to Circus and Cream expired so I don't know where to look anymore.

Do we need to have an intervention for you, Kono?

Hadn't heard of him but I've just listened to Make a Deal with the City and Druglife... excellent stuff

Tommy made a movie, but he keeps it locked in side his head. Hmmm...

Daisy- F.M. would probably just smile and walk away.

UB- i found him the same way i found everything else in my life. but that's a secret.

DofW- fuck that. rehab is for quitters and as we all know that's one thing i'm not.

Nurse- Glad you liked it, had a feeling you would.

Jayne- What are you saying?

Gulfboot- that would be a 1994 Chevy Geo with windows that didn't roll all the way up, a radio that didn't work and a large, hairy beast crammed behind the wheel.

Redemption. It's one of those visceral words. That makes a body ache.

Kono- As best I can distill: the reader is rooting for the protagonist.

I just typed an insanely long comment and it's fucking gone. Shit on this.