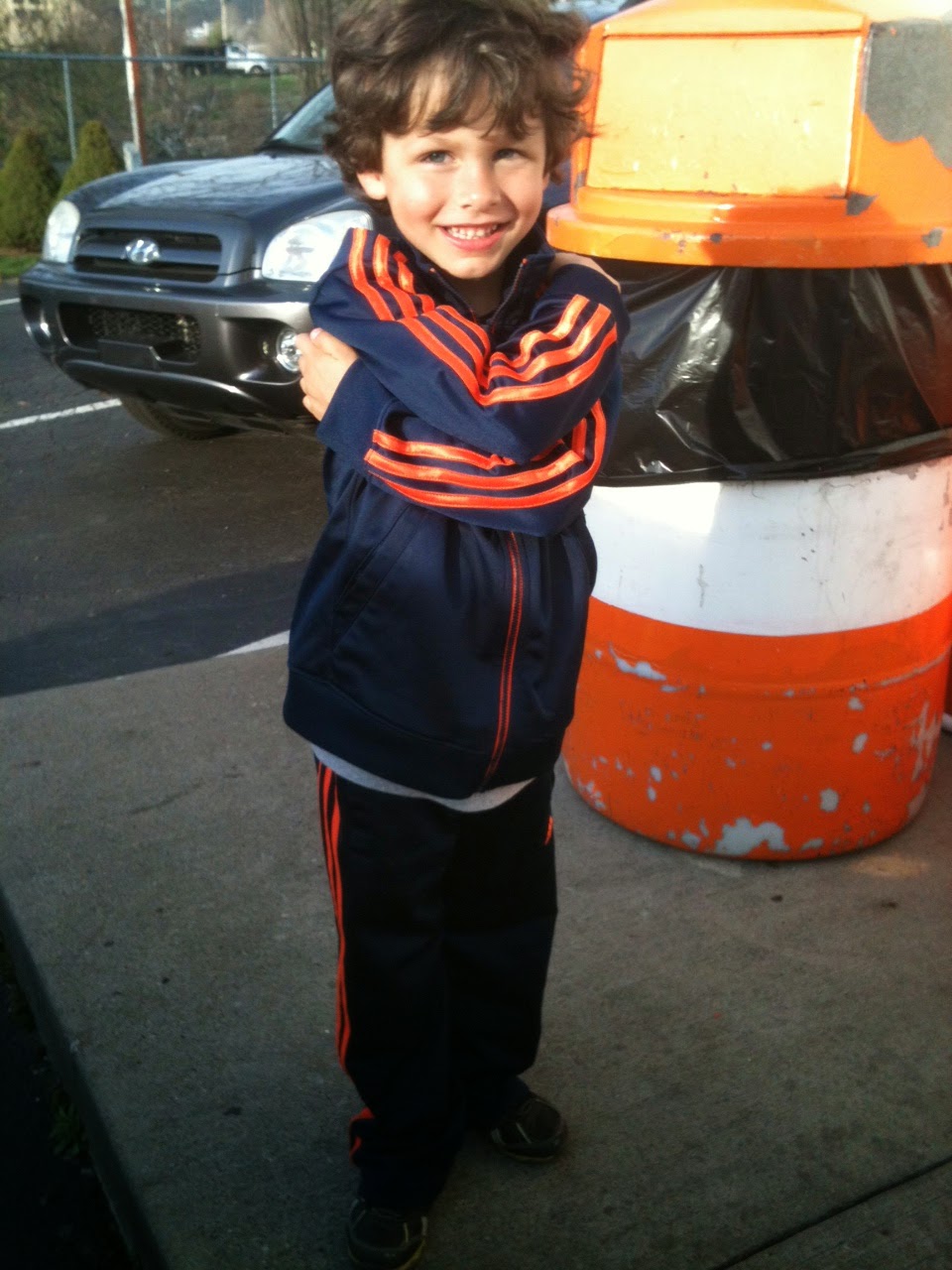 This is Nick doing the Joey, as in Buttafucco, rocking the Adidas track suit at the ice cream stand, since October of 2012 this kid and i have been hanging out on a daily basis and i can honestly state it's been some of the best days of my life, he's the second son of the son of a second son and though his daddio wasn't a second son he was a second kid, what does that have to do with anything? jack shit.  These days he's scoring goals for the local futbol team and he spent the winter on the ice playing hockey, he's a thinker and sometimes he doesn't say much but when he does he makes it count, that is of course when he's not talking like a sailor cuz he spends to much time with his old man, next September he starts school and his old man will be sad that first day knowing that it'll never be like this again, i'm fucking getting misty-eyed now just thinking about it, but i know how it works and don't worry kids, his old man will be alright... the other day he spent the day playing with my friends daughter, he'd been playing with a little girl down the street recently as well and when his big brother tried giving him the business about having two girlfriends ND just smiled, his big bro was like, "you can't have two girlfriends" and ND shot back "yes i can" and big bro said, "no, you can only have one" and ND just grinned and said, "I can have two, you just don't tell them about each other", all his old man could do was shake his head and smile.

When I watched my daughters walk into school for the firs time I thought, that's it, they're about to start a secret life, the details of which I will never know. But it's better. Ages 5+ is far more satisfying than ages 1-4. It was for me, anyway.

Exile- You do realize he shares a birthday with the infamous 10 cent beer night at Cleveland Stadium.

when they start school, we no longer are the virtually sole influence on the little critters... and for my kids, that was probably a good thing! he's beautiful...