Parklife - My Weekend at Children's Hospital 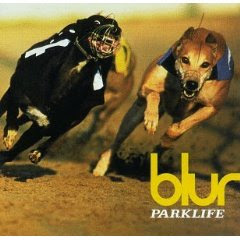 sounds like he's gonna be ok. this is the part of parenting that blows chunks... and i wish i could tell you that this will be the only time you have to deal with something like this, but there's more to this roller coaster.

but they generally make it out the other side, and we are far older than we ever thought we'd be when they do come out there...

I am so glad he's okay.
You're a great fucking dad.

Oh my gosh, what a night, and what a post. Why were you alone, where was his mom during all this? (Nosy, nosy).

Glad everything's ok. (And glad I finally got my act together and started reading over here. Guess punctuation doesn't really matter when you can write like this.)

Cheese-and-rice. Hope all is good.

Daisy is right. Parenting is all fun and games until shit like this happens. Were you in Rainbow Babies + Childrens? You can't do better than that. Okay, then, hold fast because that wasn't the last time something like that will happen, sorry to say.

Indeed it's not. Having just spent a couple of nights in A&E with my eldest who's pushing 30.

Twin- thanks from a crusty ol' mallow. Nick Disaster has the makings of a kick-ass skateboarder/surfer/snowboarder, impervious to pain and absolutely fearless.

Daisy- I'm thinking about getting like an EZ Pass for the ER since the two hellions are a bit wild and reckless, must get that from their mother.

Sybil- Thank you, i don't know about great but i try real hard even if i am a bit of a fuck-up.

DoW- That question of yours would involve a myriad of posts, lawyers and most likely a codpiece to protect myself, she was with Kid A aka I-mac but someone doesn't handle stressful situations well so it falls to me, which i'm fine with, i love those two boys so much it hurts so i'm cool with doing whatever i have to do. I'm sure at some point these things might make the lounge but i don't feel like moving out quite yet. haha.

Jodie- Chees and rice and all is nice.

UB- I live in Pittsburgh now, talk about hell for a Browns fan, i think i just like punishment, it was UPMC Children's Hospital and i know i'm in for some fun with this crew, but as i said it's what i signed up for.

Nurse- Guess it doesn't get any easier huh? hope your boy is alright, Nick Disaster is on the mend and looking to well destroy, thanks.