The Wilderness Year's - A Marriage Proposal 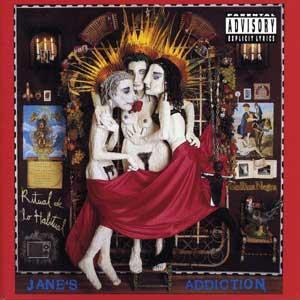 christ, this made me cry. just like every memory of young love - discovered, revered, and lost. you never know how it would have been. but somehow we always know we could have handled it better...

Christ, That one took me back a bit. Seems like a lifetime ago. Good one Kono.

Daisy you're just a softie at heart aren't you but yes you hit it right on the head.
NM- thanks
Ross Man - I'm sure you noticed all names were changed to protect the innocent.

You have a style of writing of which I can identify with. Your words actually lift fae the screen.

Not many can do that with my tired eyes.

some things are best kept as a beautiful memory.... she's possibly a phlegmatic thrice divorced mother of four chain smoking her way though the afternoons in a diner in Des Moines.

Jimmy, much thanks for stopping by the lounge and much thanks for the comment, it's quite a compliment coming from a man who writes as well as you do and i very much enjoy your stuff, i may be a septic but i've spent to many days lying in rented rooms and reading the likes of Kelman and Welsh and the lot hence my love of Glesga and Edinburgh speak, my dream is to one day take mae bairns to Hampden Park in the colors of my clan, my surname is the same as a certain Scottish Ale, to sit with the greatest fans fitba's ever seen, again much thanks for stopping in.

Nursie- I don't know if i ever even knew her last name to be honest... and no i wouldn't go looking now, i don't have and never will have a facebook or myspace page,that's for those with no imagination and little to say, i've got my hands full with those two boys and my stories and my books, keeping busy keeps me out of trouble... or maybe i'm just mellowing with age.

I've never gotten along with people from art schools. I think I'm too rational - which is weird, because rational people tell me that I'm too sensational, but I think that's just because I'm more analytical than they are and they don't really understand what they're talking about.

But still, I wish I could say I identified with any piece of your tale, but the fact is I just don't - and that makes it so much more relevant. Loved this.

i recently had the opportunity to have lunch with my first ex husband (don't ask). i hadn't seen him in fifteen years; we'd married as veritable infants. he looked so much older and also very sad. but he was sweet. he called later that night while i was out at some martini bar and he was drunk and crying. you can probably guess the rest, but it struck me that yes, our actions really do change the lives of others --- sometimes we wreck people but you know, i think it's all as it should be. my first ex husband needed to be wrecked i think, he simply didn't need to STAY wrecked and that's on him. i felt badly though. i came home and looked at photos of us as teenagers, amazed. who were those people? i have grown, he has hunkered down in foxholes. i hope he blossoms some day.

Audrey sounds complicated. it's the crazy ones that make life interesting. nobody hangs on to a boring woman, remember that.

i've known my share of crazy women but i might add that sometimes it's the ones who appear boring that you really have to watch out for. Their closets are filled with bodies and ball gags and baggage.