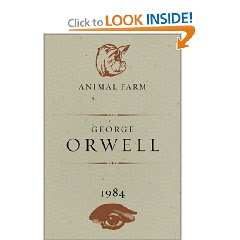 Ah the beautiful state legislature of the Commonwealth of Pennsyltucky, the largest employer of blowhard assholes anywhere, the largest state guvment you can find, all in a giant pissing contest where state employees don't get paid and the ever needed budget cuts are debated endlessly while nothing ever really seems to get done, oh the boys and girls in Harrisburg are really adept at grandstanding and trumpeting their minuscule accomplishments as if say they just parted the Red Sea but when it comes to things that actually mean something i quote Otto from Repo Man when he says "Fuck That".

Seems the latest plan to save money is to basically gut the state library system, cuz people don't need to read and shit, who needs books when we have T.V. and movies and the interweb, except of course if you happen to be a lumpen prole barely making it and hoping you don't get sick cuz you can't afford the doctor, then you might use these facilities quite often, hell even if you're not you might use these facilities quite often cuz i can't afford to buy every book i want to read, now if i was a state blowhard from Pennsyltucky that wouldn't be a problem cuz i'd have health care for life and vote myself a pay raise every six months or so and if there was a budget impasse and people weren't getting paid i'd say fuck it and go fishing cuz my checks still in the mail, right?
See the conspiracy theorist in me believes that some of these Asshats are simply giddy over the fact that we won't have to buy any more books an shit cuz those pesky books make people think and the last thing we need is the lumpen proles getting all uppity when they realize how much we like to fuck them over, books can be dangerous and in this day and age of terrible terror and illegal aliens the last thing we need is a literate body politic eh? so gut those fuckers, now i'm sure that most of our esteemed elected officials are nowhere near that smart to formulate actual ideas in their heads but i'm sure a few are and now it seems i might have to contact my local anarchist cuz this is a cause i can get behind, Save the Fucking Libraries, i know the legislators won't believe this but people actually need them and if we really need to save money i believe the best way would be to cut about half of the said elected officials and make a more streamlined and efficient guvment... of course you'd have to get them to sign off on that little number and i do believe we've got a better chance of a snowball passing through hell and not becoming a cup of coffee. Shit i just may have to run for office (and not just for the great hours, top notch health care and the ability to vote myself raises) but to save the libraries. I thinks we should vote out all these clowns. now. in a special election. see if that doesn't light a fire under their ass.
Dreamt by Kono at 4:43 AM

that's just sad... they can't cut back on anything else? pathetic...

Dear boy. Whilst I agree with you that cutting public Libraries is wrong and that self-serving bloated bureaucracies should be trimmed. I really think you could have found a better picture of Animal Farm.

I would also like to point out that I doubt the Pennsylvania State Legislature would probably have to have read some books before realising they have any revolutionary potential. So your safe from that conspiracy.

I LOVE libraries! I'm a member of three and I visit at least one of them every week.

The latest one for me is very new and has been purpose built as a community facility, it has a great vibe and is always busy but something is missing. They don't have a reference section!

The reasoning behind this is the library users in this particular area are primarily "borrowers" and the more studious types tend to go to the State Library which is about 2 kilometres away.

Still it does piss me off as it's the most convenient library for me and the State has no parking so I hardly ever go there :-(

i totally agree with you Nursie, imagine if USA libraries got 2% of the military budget of this country, we'd have the greatest library system in the history of mankind.

I still go to the library all the time. Fuck those other people.

Then again, I also have a bunch of friends that are librarians. Weird.

I still have a copy of James Joyce’s Ulysses that belongs to my library. I better take it back in case someone else wants to pretend to read it.

American Libraries of the Future will have No Reading sections. In a pitiful alcove off the McCafe amidst the 'special interest' aisles will shrug a 3-foot shelf with the display: "U.S. Fiction". The stacks will be housed in some off-premise shed where items that haven't been pawed for six months are transported, then recycled into heat, cardboard cups, and shipping boxes to haul more books away. With the imminent extinction of literate authors, Texts on Tape will be the top circulator. We have a calorie tax on the way; why not a word tariff?