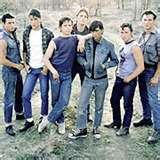 What else can i say All Apologies, don't worry i don't own a shotgun and at last check i don't think i was married to Courtney Love or is it Cory Haim, shit i can't remember, but please adjust the list for EastSide of the Pond All-Stars aka Jacko and Cunty Cuntz and Westside of the Pond All-Star The Hassler, be advised the Lawyer is also known as Audio Mike aka the walking disaster due to his habit of disregarding all advice on what it ingest into his system... this usually results in amazing tumbles down cement steps and the pulling down of large, fully loaded, kitchen racks, but don't worry, he's okay.
***The tumble down the steps is truly a marvel of modern tumbling, in fact had it been on video Audio would of had a job in the circus, after a strange attempt to tie his shoe or maybe just sit down cuz he was so loaded he tumbled backwards down five or six cement steps and walked away unscathed except for a small cut on the right side of his head. Needless to say the email i received two days later asking if he had been in a fight was priceless and the mere thought of the whole scene makes me giggle uncontrollably.
Dreamt by Kono at 6:08 PM