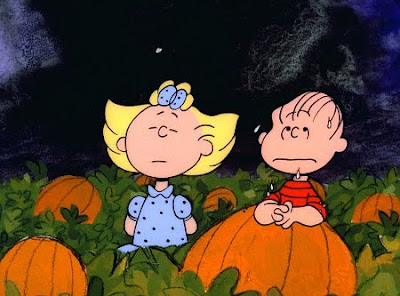 Not for the kids of course, i like the kids all dressed up and getting free shit, in fact at the Halloween parade with the I-Mac one of the kids in the marching band was Tim Lincecum, the scrawny pot smoking pitcher from the S. F. Giants and i thought it was the best costume i'd seen, no what annoys the shit out of me are the adults, the ones who put on a costume once a year and begin acting the part, that one day or weekend when they can pretend to be someone or something else, this you see is a problem, i believe cuz i could write a post the length of War and Peace on the psychological aspects of this event, the fact that for the most part people are acting all year long, playing the part they feel society wants them to play and then for a brief moment each year they get to express themselves in their own special way, fuck it, they annoy me either way, i'm a misanthrope who enjoys walking around alone and drinking alone and taking drugs alone and listening to music alone and going to museums alone and so on this weekend i avoid the bars cuz i don't want some douchebag dressed up like Freddie Krueger continually trying to "scare" me, the last time this happened i almost slammed said Freddie's head off the bar, it was not my fault i was just watching the telly and minding my own business, wow this is crap but i'm tired and lazy and was gonna write another Parklife post but that'll have to wait until tomorrow or monday, shit i got lot's to write about it's just i really truly enjoy laying in bed and staring at the ceiling and now i'm gonna go watch my crap hockey team play like crap, i mean what the fuck's up with the power play? at least my beloved Browns have the week off so i won't have to suffer through that, though i will point out that we've now beaten the defending Super Bowl champs two seasons running. You gotta believe. And fuck all those dressed up grown ups. Literally not figuratively.
Dreamt by Kono at 6:17 PM

Someone just egged our house. For real. So that's another annoying thing about Halloween.

I heart Hallowe'en! ...but only 'cuz it's my birthday. I don't decorate & avoid all...'cept talkin with my twin.

(i do take the V-man trick o' treating. truly enjoy that part...)

Thankfully not so many Australians celebrate Halloween

i dance, drink and act like a whack job year round. for me? halloween is like amateur night...

Sybil- why thank you.

Twin- It may be late but Happy Birthday to you... and your twin.

Nursie- I bet Nick Cave and Angus Young would be the most popular costumes.

Daisy- didn't your daughter have to make you put on more clothes this year?

UB- i'm not gonna say what i did when i was a kid but now that i'm older i realize i would have beat the shit out of myself if i caught me being me.

Fuck that, I am a Halloween enthusiast. I support costuming at all costs. Love making costumes, I love hunting through thrift stores for all the different pieces and cutting them up and sewing them together and creating things. But I'm just a big supporter of themed costume parties in general, are you kidding me? I have time to put that much effort into it only a couple times a year.

Halloween is the fucking best thing ever. It is my very, very, very favorite holiday other than my birthday.

I would like to add that I've costumed as both Angus Young and a Red Right Hand.

Rassles- it's not that i'm against dressing up (though i am) i'm against the annoying twats that dress up and act the part, it's fucking endlessly irritating to be around, hence i stay indoors, the kids now they can go all out and i'll send you the sizes of my hooligans so you can get started on their costumes for next Halloween... needless to say i've been crushing the candy my little vagrants brought home.