Revisionist History - The Art of Pissing Oneself 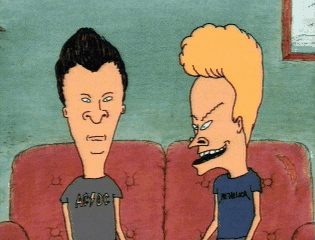 1993 was a banner year. I graduated from university apparently, was getting laid quite a bit, was homeless at one point and spent the summer losing more jobs then most people ever hold, 7 to be exact from May til October, i was living in a roominghouse with the bathroom down the hall, a roominghouse that as we know from previous RH's was an old whorehouse. I humped it in a warehouse, scammed the register at a 7-11, briefly worked at a sandwich shop, washed dishes at a breakfast restaurant and found my calling making french fries. Yes i know that's only five but it seems the last two escape my failing mind. Needless to say none of these jobs paid very well but at least the fry joint you worked every day and could pick up extra shifts when someone needed off and because of that i was able to drink in bars and on the spacious front porch and occasionally buy food when the money wasn't spent on drugs of all types, so as you can see existence to me was a grand thing, the french fries were "World Famous" and i used them to barter for all kinds of things, things like slices of pizza and t-shirts and army shorts and sunglasses, cuz in good old Ocean City Maryland everyone is on the take.
The fry joint was a wonderful place that was inhabited by stoners and surfers and losers and we received an hour off for each hour worked, all paid, due to the intense heat that we worked in but that is for another time, i was cultivating a fine aroma back then, i didn't have money for deodorant and was just beginning to grow some fine punk rock dreads, the fry joint supplied free laundry and my clothes would smell something like peanut oil and Tide, i spent a bit of time pretending to surf and the saltwater added to the lovely smell, my roomies claimed i wasn't the best person to be downwind from but none could answer why i was consistently not sleeping alone. But this is not about the Wonder Years it's about the Art of Pissing Oneself so i will get to it.
When you work in such heat and live in a one room furnace you soon realize it's best to forgo the whole boxer/brief debate and fly au naturale, it was towards the end of the summer and the tourists were thinning out and the summer help was thinning out and the parties were getting better because people had money and time, it was time to consummate the summer crushes people had on each other, in short it was the best time of the summer, i had been between jobs due to a minor foot injury and was recently hired as the dishwasher at the breakfast joint, i spent most of my mornings getting stoned to dull the hangover and doing whippets from the whip cream bottles in the cooler with one of the waiters, in short it was beautiful, i'd be home by early afternoon, take a nap, get up and eat dinner and watch the sun set over the eastern seaboard, the whorehouse had two apts. below it and it seemed that there was always a party and since i was resident wastoid it dawned on me one day to see how much money i could get if i pissed myself. The first night i scored a whopping 8 bucks as i stood on the sidewalk in front of the place and felt the warm stream run down my leg as the crowd of weirdos all cheered and clapped and laughed their asses off, i finished, trotted up the stairs and took a quick shower, enough money for some fried chicken and two quarts of beer securely in my pocket, the news spread fast and a few nights later i received a $27 to whizz my shorts again, another trip to the shower and 5 minutes later i was back at the party getting hit on by some lovely young thing who thought it was so freaky that i pee-ed on myself, Mr. Morrison might have been onto something when he said that people were strange, the landlord of the place was a guy i had known since i was a kid and once he heard i was pissing myself for money he demanded to come down the next night and see it for himself, since he was loaded i made him cough up a nice fee and took up a collection that netted me close to sixty bucks, added charges were assessed due to the number of camera's for what i said would be the final performance in my trilogy, a bit like Star Wars or Indiana Jones i could only keep this up for so long, so i saved up a good pish and let loose to a roar of approval from the derelict set while my landlord just shuck his head laughing and told me how fucked up i was, to which i replied "how do you mean freak, you just paid a grown man to piss on his leg for your enjoyment, so you tell me who's fucked up."
Dreamt by Kono at 6:02 PM

Beautiful! I once did that for my own pleasure. It took me all day to muster the power. I was wearing green trousers and I was a long way from home. It was a cold night. No one paid me any money.